With Hanukkah celebrations coming up, University of Limerick Student Angie Weisgal is cooking up a taste of home while studying in Ireland with this Potato Pancake recipe, and discovering this dish has a more worldwide appeal than she thought!

My dad’s family are Jewish and every year we eat potato pancakes during Hanukkah. I haven’t spent Hanukkah with my dad’s family in a couple of years now and I really miss my grandparent’s potato pancakes and homemade applesauce. I have no excuses for not making them here in Ireland because all the ingredients are easy to find in any shop here.

Let’s go over the history of the potato pancake. I’ve always thought that potato pancakes were just a Jewish thing. I was wrong. Many different cultures have their version of the potato pancake. From doing my research, it’s eaten all over Central and Eastern Europe, and even in Ireland. There’s the Boxty, which I’ve never heard of until I looked it up online [Editor’s Note: ‘Potato Cakes’ are popular in Ireland, and are made either by frying mashed potatoes, or by frying raw, grated potatoes to make Boxty. Read more about the history of Boxty in Ireland!].

The closest potato pancake recipe to what my family eat is the Belarusian/Russian recipe, except for the sour cream topping. My family like to eat potato pancakes with applesauce.

Why are potato pancakes eaten during Hanukkah? They are fried in oil and the oil is symbolic of the small flask of oil that kept the Menorah lit for eight days.

I don’t want to bore everyone with the history of the potato pancake anymore because I know you want to eat them as soon as possible!

Note: I am using a vegan version of my grandparents’ recipe (they use eggs in their recipe. The taste isn’t any different between vegan and non-vegan versions) because I want everyone to be able to enjoy the pancakes!

Making your own applesauce is easy. Just blend apples and add cinnamon and sugar to taste. Sweeter apples are preferred, red apples rather than granny smith apples. You won’t need to add sugar if you use sweeter apples. Just cinnamon will be needed.

Here’s a picture of a big potato pancake with a side of applesauce. Most of the time potato pancakes are smaller (usually about the size of the palm of your hand), but if you want bigger potato pancakes, go for it! 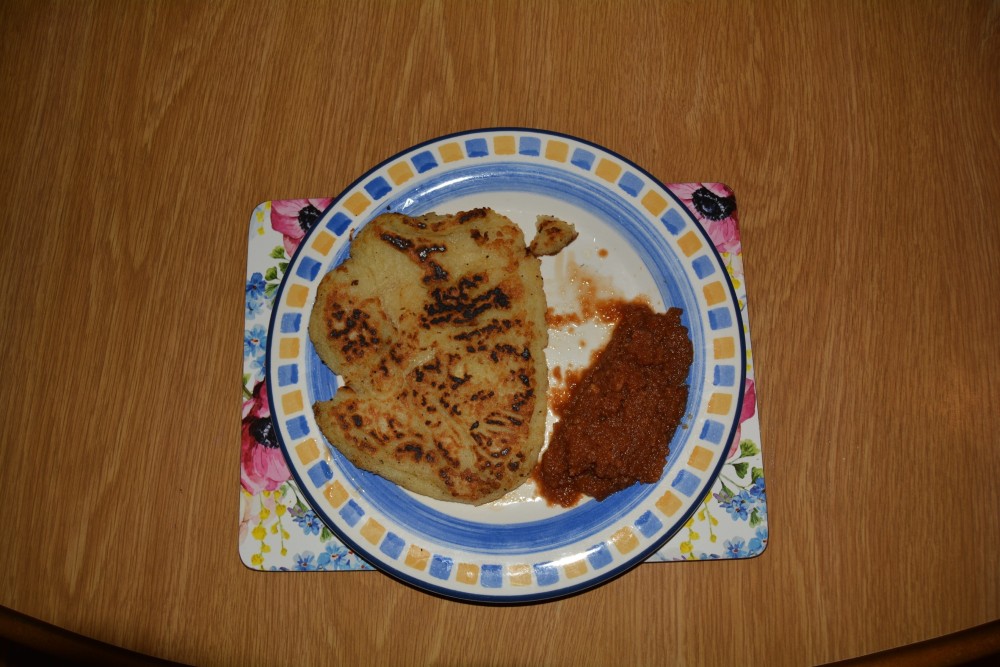 Thanks to Angie for writing this piece for us! Check out her other blogs, including A Vegetarian and Vegan Survival Guide to Limerick and 5 Things I Miss About America…And 5 Things I Don’t 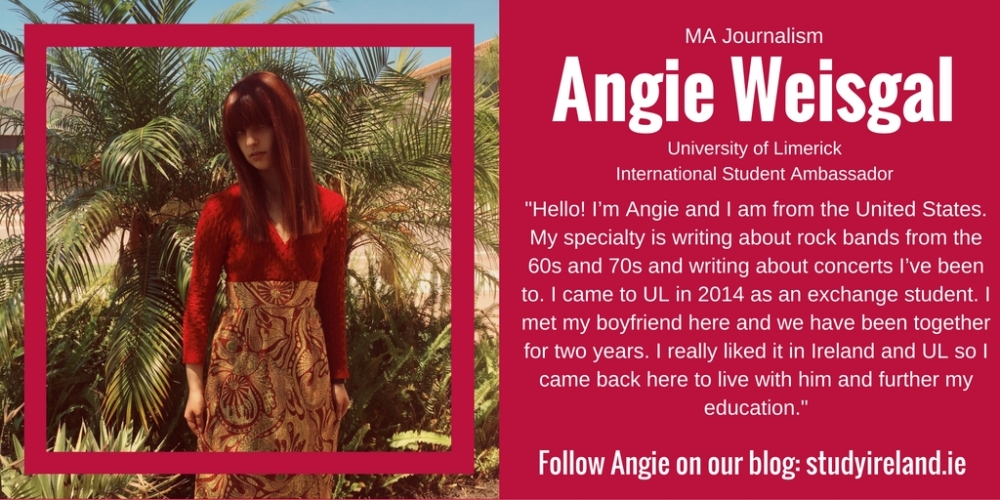 Who Needs Lunch? Go See a Free Show Instead!

Beyond the Irish Fairytale : From the Magical to the Modern