Twas the weeks after exams and all through UL, not a student was studying, not even Giselle. Okay, I don’t know anyone named Giselle. That would have been handy, but alas…

So what have I been up to since classes ended? I’m currently trying to do my Masters Research Project which is focused on the long-term neuropsychological effects of concussions in active rugby players. Right now I’m waiting for approval to work with two more teams so I’ve had a bit of down time while waiting for new participants. In the meantime, I’ve done a bit of traveling, invented some new quesadilla recipes, was the butt of several pranks enacted by my new housemates, and have decided that Monopoly has it out for me (I think that game is rigged – the jail just loves me).

Last week I went with some friends from my church and other LDS churches in the area to Ballyhass Lakes Activity Center (located about halfway between Limerick and Cork).

We happened to pick the absolute best day to go – the one day of summer in Ireland! Unfortunately this was bad news for my unsuspecting sunscreen-less shoulders. But for that day, it was perfect! We started out with a nice picnic lunch complete with plenty of pineapples and chocolate chip biscuits (cookies). 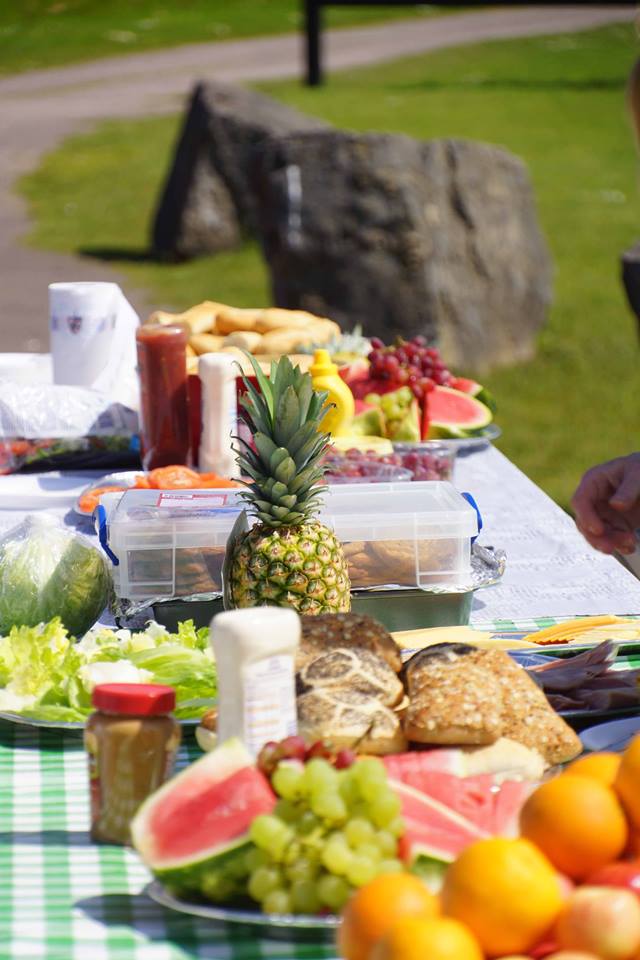 We then took a trip to the zip line course. If you have never been zip-lining before, the funniest part of the whole situation is the landing. In this particular course, the end of the line was a sandy-gravel slope that you had to run up after having zip-lined over the lake. Either I was very lucky or I am a zip-lining wiz. I’d like to think that it is the latter, but either way, I was fortunate to make nice clean landings when I made it to the other side each time. Others were not so lucky and if they were wearing dark colored leggings, it wasn’t a mystery who hadn’t made a smooth upright landing. They should really attach a camera to the end of the zip line. If there is an Irish equivalent to America’s Funniest Home Videos, they could win some serious prizes! 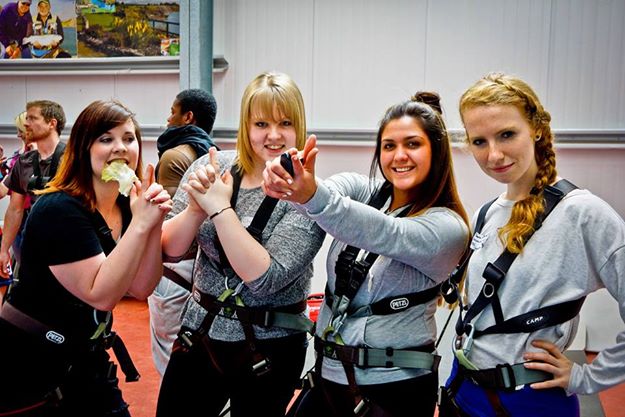 After picking some daisies for our zip-lining instructors, we then went to a telephone pole and were instructed to climb up it. At the top of the pole was a platform. You were then supposed to try to jump from the platform and grab hold of a triangular ring. Climbing up the pole was fairly easy as there were outcroppings that you could place your feet on. Climbing onto the platform and keeping your balance on the platform…not so much. However, after about 80 selfies taken throughout the entire experience (not me), lots of screaming (not me), a few people “planking” on the platform (yes, me), and a failed attempt to show off by doing pull-ups on the triangular ring (um…not me?), we made it through.

We then played some volleyball with…a rugby ball, of course. Then we grabbed some grapes for the road and drove off with the sunroof open. And they heard us say as we drove out of sight, Happy Summer to all and to all a good night! Okay, it was about 6 pm, but you get my point. 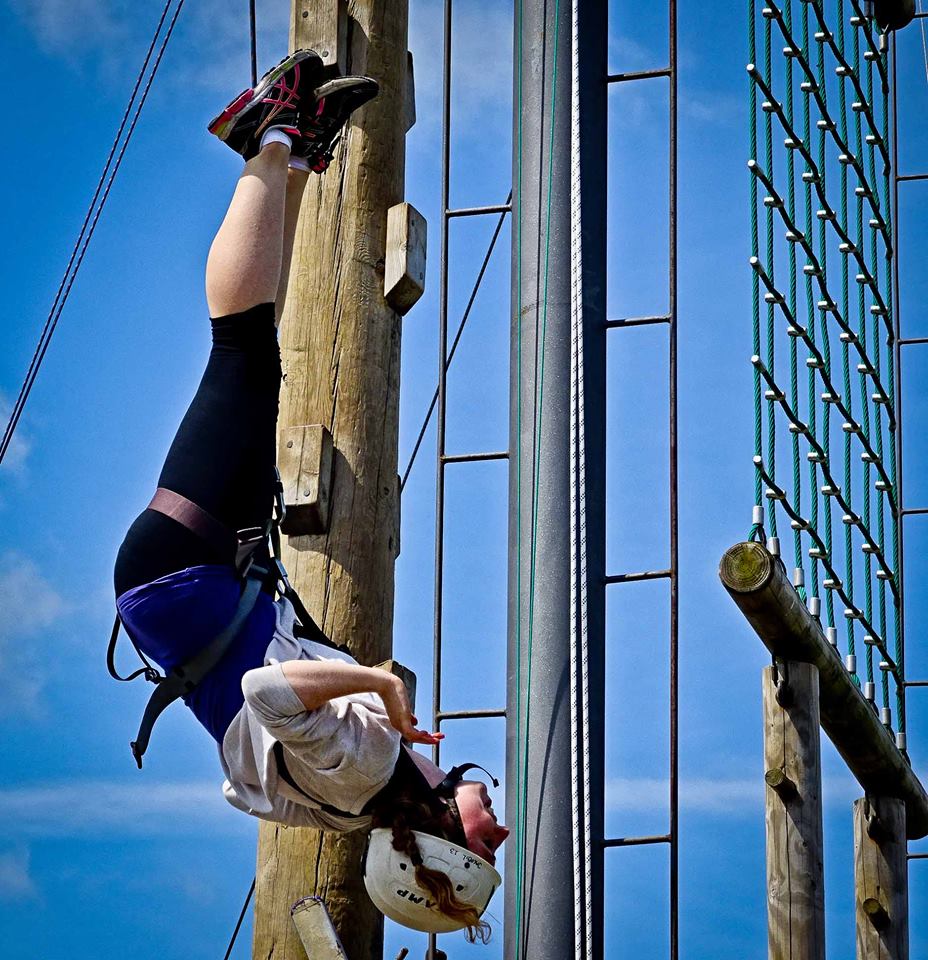 It was such a nice opening to the summer season. I’d definitely recommend going to Ballyhass if you are able to get down there on a sunny day. The area is absolutely beautiful and it’s the perfect place to either succeed in doing some very cool team-building stunts or to attempt to do some very cool team-building stunts and fail in a hilarious way! Even if your confidence is running high because you just did a ballet move on the top of the platform and you announce to the entire group that you’re going to do pull-ups and then realize that pull-ups are no less difficult several stories in the air…you can still recreate some satisfactory Spiderman stunts on the way down. The photo above was me preparing for my Spiderman poses.