This week, two University of Limerick students will be awarded prizes from the French Embassy for the highest results at a French university while on Erasmus. First prize winner, Rosie Hynes, shares a snapshot of her time in Université Paul-Valéry, Montpellier.

This is a quote from Frédéric Mistral, a poet and writer from the south of France who did multiple works in the regional language Provencal. It would probably translate as; “Gay lizard, drink up your sunshine! The hour passes only too quick, and tomorrow it may rain.”

For me it sums up many images of the south of France; the animals, such as this lizard drinking up the sunshine and the sun, the very epitome of the south. The overall meaning offers a get-up-and-go attitude. Make the most of today as we never know what tomorrow may bring . My entire Erasmus year was based on this attitude as never a day went by that I did not gain experience from. I fell in love with the country, the language and, maybe most importantly, a Frenchman. Vive la France! 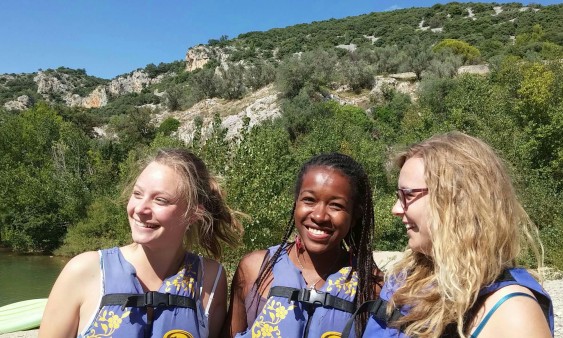 Rosie Hynes is a 4th year student at UL, studying Applied Languages. She spent her Erasmus in Université Paul-Valéry, Montpellier for the academic year 2015/16.